A downloadable game for Windows

Sebastian is a teenager who is waiting for his parents to come back home on a cold Christmas night. Soon he realizes that there is something evil lurking around. Experience Sebastian 's journey into a Surreal world like no other.

Inspired from Central European folklore, Krampus is an ancient creature who punishes children who have misbehaved during the Christmas season. This game is about survival, you can be stealthy, you can also run away or defend yourself from some enemies. The enemies have been developed with advanced artificial intelligence, thus they are very unpredictable. This game has a story mode and then a survival mode that unlocks once the story mode is completed.

- Story-driven game play with many locations.

- Various enemies with different mechanics each.

You get a free Steam key for each purchase of the game!

Main character spinning around in the same position?

We believe it is related to having certain types of controllers connected to the PC. Try disconnecting the controllers that you are not currently using. We will fix this problem in the coming updates.

No audio in the game?

In order to download this game you must purchase it at or above the minimum price of $14.99 USD. You will get access to the following files:

The first real Christmas horror game I ever played... and it destroyed me. Never even made it to Krampus! (Did anyone else struggle with combining items?? )

Either way it was super creative and fun. Definitely thinking about giving it another shot now that I'm a little braver ^.^" Here's my gameplay video if anyone wants to see what it's like before they play! (watch until the end to see some bonus but equally weird and obscure Christmas game content)

The
Reply
Regl Studios102 days ago

Thank you for your feedback. I suppose the game is much more difficult when recording a video, if you want you can try (easy difficulty) maybe that helps a little. For combining items, you can press the button ´C´ on the first item you want to combine and then select the other item and press ´C´ again. Thank you for playing our game 😃

ohhh! okay that makes sense  thanks for the explanation! so excited to try it again now that i know how to handle it better lol

Awesome video 😃😂, thank you for playing our game!

this game gave me the shits with the asshat elves who are somehow allergic to water? aha very straight forward game i had fun getting wrangled by christmas critters at every turn including krampus who scared the hell out of me.

😂 Thank you for your comment!  We hope you had fun playing it.

I am several years late BUT I am so happy to have finally found this game and play it! IT IS SOOOO CREEPY AND LITERALLY KEPT ME ON EDGE THE WHOLE TIME. Literally I have never been so afraid of a DEER so much in my life before this game... Oh, and I'm not entirely sure if this is a thing or not (and if you are aware or not) but for some reason the beginning cut scene was copyrighted on YouTube by cube entertainment (according to YouTube) for some reason, so I had to blur it out.

Anyways its such a great game so far, and I still have so much to go... I can't wait to see what's to come next!! 😆

We are so glad you liked our game! 😁 We have never heard of cube entertainment and they should not be doing that 🤨 We will look into it. Thank you very much for your feedback! 🙂

No problem! I'm not exactly sure how copyright works on YouTube all the well just yet but if it helps here is a screenshot of what it said when I uploaded my video the first time. Hope it helps! 😊 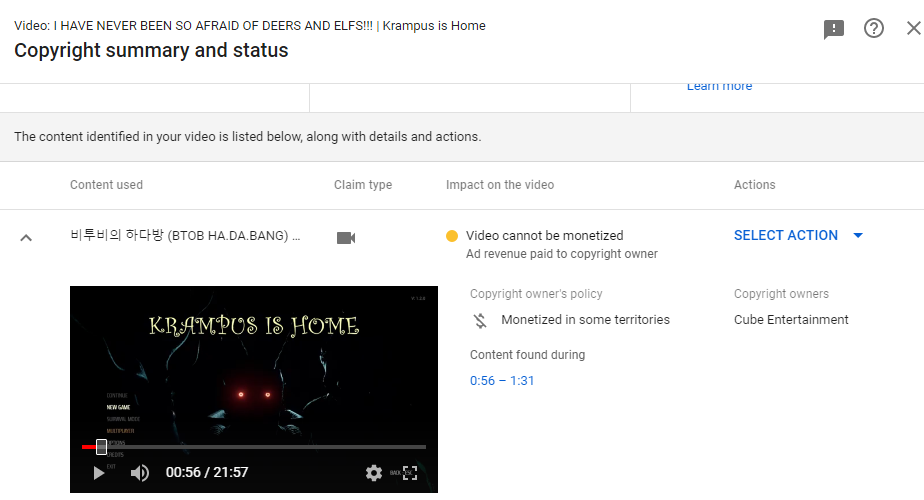 Thank you for the information! We will look into it. Have a great day! 😁

Reply
LCSzninja120 days ago
I replayed this game and it's one of my favorite games of all time!! Thank you for this game!!
Reply
Regl Studios109 days ago

Thank you so much for your kind words! 😁

i know i recently posted but iv just passed my first year with youtube so i included your game in my rewind video! thanks for being a part of my history!

Played this for my christmas special..  Awesome game!! Thanks

thanks for watching.. Was an awesome game

thanks for watching.. Was an awesome game

Reply
AmiriTV1 year ago
The BEST

Thank you for playing our game!

Hi I already purchased this game on itch.io. Can you give me a steam key please!

Can you please tell me the email you bought the game with for verification? please send us the information to our E-mail: reglstudios.help@gmail.com , thank you.

Version 1.0 is live now on itchio.

A creepy Xmas survival game?! Yes! This was a blast trying to survive until 2am :) Check out my gameplay below...

Thank you  for playing the game, Great video by the way! 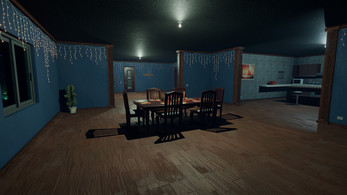 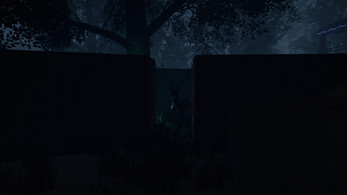 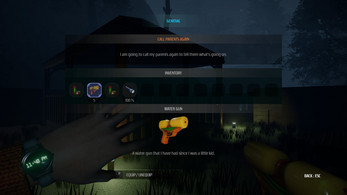 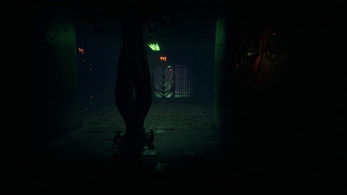 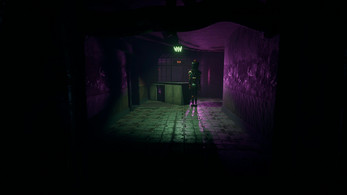 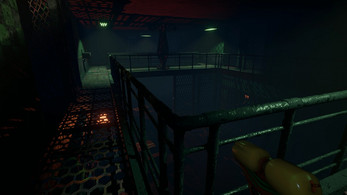